A World of Football enjoys a strong support from key Belgian football personalities. This is an opportunity to take another social look at their career, feelings and experience as professional football players.

Christian Benteke joined the AWOF adventure in 2016. The Belgian Red Devils and Liverpool FC striker is the official godfather of AWOF latest season. Together with the AWOF team, Christian shares our social football message on and off the pitch, around the planet ! 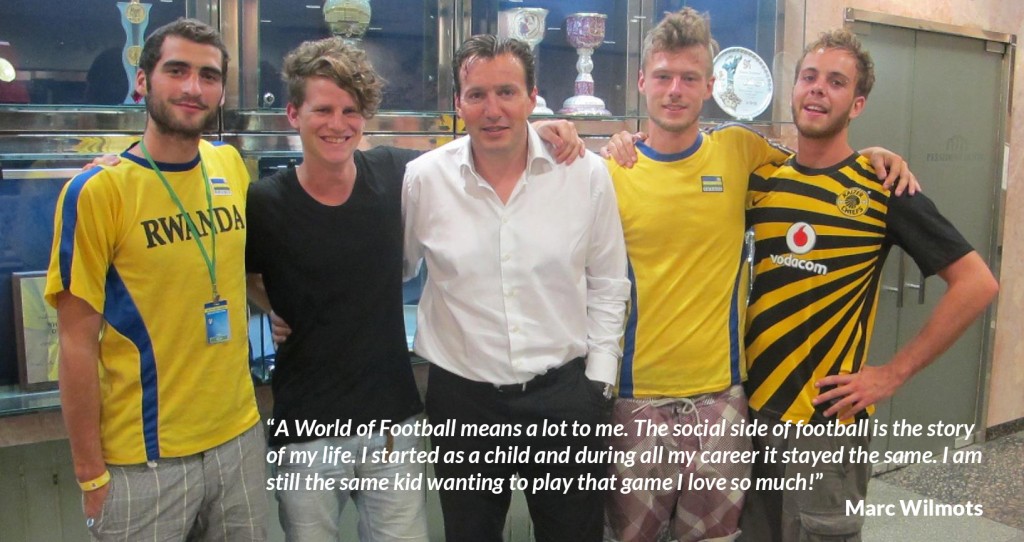 Marc Wilmots participated to 4 World Cups in a row and won the UEFA cup with Schalke 04 as a player. Former captain of the Belgian Red Devils, he brought the national team to the quarterfinals of the former World Cup as their head coach, after 12 years of the country’s non-participation.

On and off the pitch he has always shown a big heart and great values, making him an ideal godfather for A World of Football. In the short videos below, he talks with emotion about his passion for the beautiful game from his debut as a kid to the successes of his international career and his current experience as Belgian national manager.